What Is UCC Filing and How It Affects Your Credit 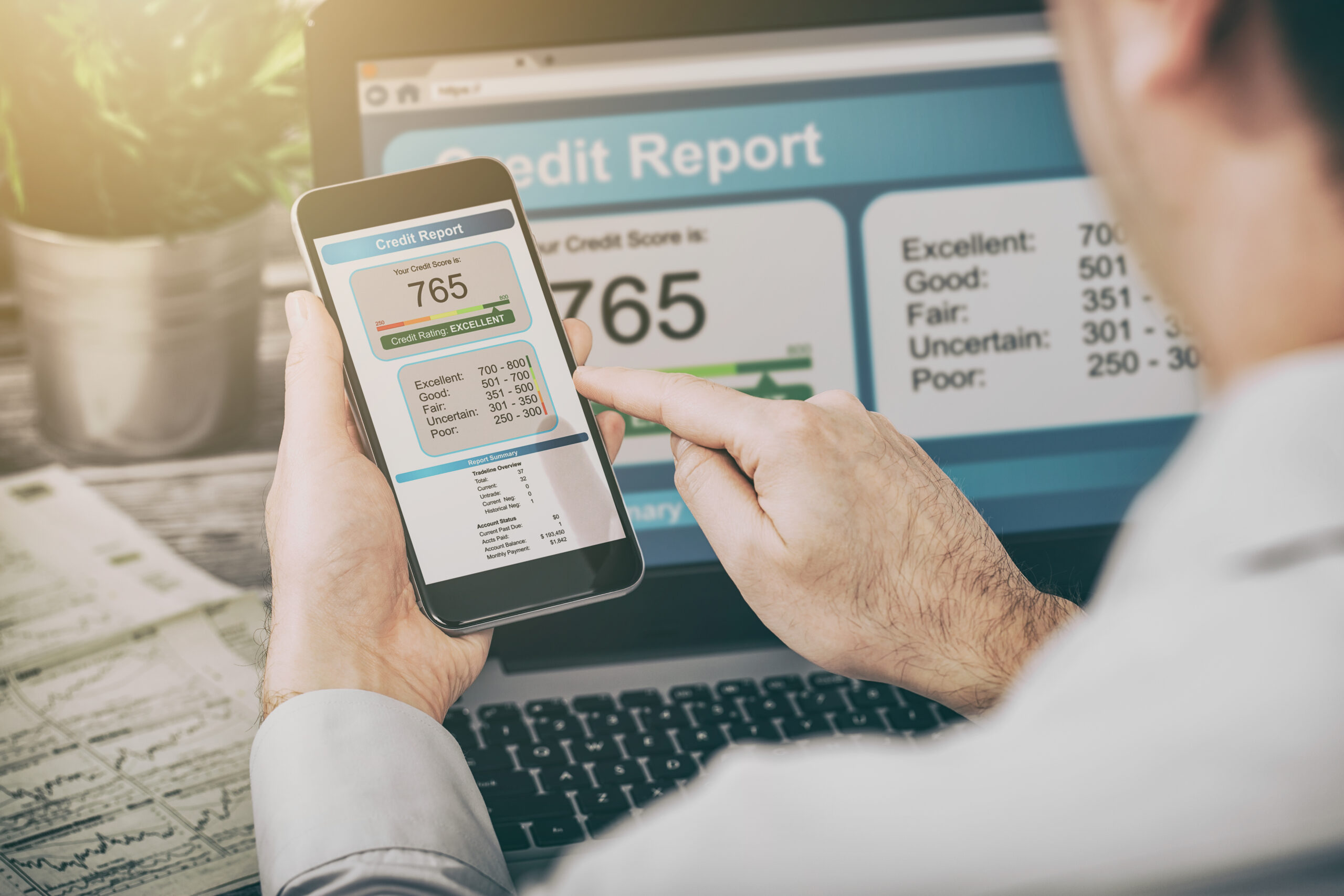 Lenders will file UCC liens when they offer a loan to a business owner or organization. These UCC filings then show up on borrowers' credit reports, leading to a lot of confusion and worry. This guide breaks down what UCC filing is and how it affects credit.

Lending organizations are in the business of making money. They don’t just let debtors borrow cash out of the goodness of their hearts!

To this end, they have multiple strategies to ensure they always make a profit on their loans, whether through interest rates or through collateral. In many cases, lenders will file UCC liens when they offer a loan to a business owner or organization. These UCC filings then show up on borrowers’ credit reports, leading to a lot of confusion and worry.

But in reality, UCC financial statement filing isn’t that mysterious or complex. This guide will break down what UCC filing is and how it may affect your credit, both immediately and if you fail to pay back a business loan. Let’s get started.

“UCC” stands for “Uniform Commercial Code.” Why does a uniform or universal commercial code matter?

In a nutshell, the expansion of commerce throughout the United States led the federal government to create a system of universal commercial rules that all states could agree upon to facilitate more interstate commerce.

While individual states do still retain the right to enact certain laws governing specific areas, any commerce that transcends state lines, such as most types of sales and acquisitions, requires that there be laws one or more states can agree upon.

So the UCC is one of many Uniform Acts, and it was first published in 1952. Put together; the UCC is essentially a list of important interstate commerce laws. But UCC filings are only found in the first article of the broader documents, called “General Provisions.”

A “UCC filing” typically refers to the filing of a UCC-1 Financing Statement.

UCC-1 Filings In a Nutshell

A UCC-1 Financing Statement is simply an important legal form that creditors file to tell the federal government that it has, or might have in the future, an interest in a debtor’s personal or business property. Certain filing fees apply to this procedure.

Put even more simply; a UCC-1 Financing Statement tells the government that a creditor has collateral on one or more of their debtors.

What’s collateral? Collateral is loan insurance that lenders impose on certain loans in order to ensure they aren’t taking too much of a risk when giving credit to a debtor. For example, most secured loans require some form of collateral for a borrower to take out money from a lender. This can be something like a car, jewelry, or something else entirely.

When they file a UCC-1 Filing Statement, lenders state that they have a lien on the inventory or equipment of a business. This effectively serves as collateral until the loan they have with their borrower is settled.

What happens when a business fails to pay back its loan? Just like with a secured loan, if a lender has a lien on some collateral property, they can take possession of the property if the borrower defaults on their loan.

Seen in this light, lenders who file UCC-1 forms gain a number of benefits. Lenders are able to recoup some of their costs if a borrower doesn’t pay back a loan, even in the case of bankruptcy, and the federal government is made aware of the arrangement so they have grounds for a lawsuit if a company doesn’t give up any collateral property.

Here’s a breakdown of a hypothetical UCC-1 form filing so you can better understand this concept.

Say that an entrepreneur owns a restaurant in New York City. They want to take out a loan from a well-regarded lender to buy new equipment to replace old or failing equipment producing subpar foods.

To buy this equipment, the restaurant owner gets business financing from the lender mentioned above. The lender then files a UCC-1 Financial Statement, explaining that if the loan isn’t repaid, they can repossess the purchased food equipment and sell it to another person to recoup their costs.

In this way, the purchased restaurant equipment serves as collateral for the loan’s financing. The UCC-1 form stays in effect until the loan is repaid or until other conditions of the Financial Statement are met.

How Do UCC Filings Work?

UCC-1 filings record basic information, as they are merely records rather than binding legal documents. UCC-1 forms include key information like:

In addition, there are two different types of UCC-1 forms that lenders can file. These include:

What Things Can Lenders Place UCC Filings On?

Lenders can put UCC-1 liens on a variety of assets or equipment. In most cases, lenders file UCC-1 liens on real estate, property, or other major/valuable business assets. This way, if the borrower fails to repay the debt, judgment creditors can seize things like cash from a bank account or force a business owner to sell most of their assets in order to repay the debt.

Note that UCC-1 liens do not allow creditors to take personal property if it is legally exempt from those creditors. In most US states, this includes some personal assets, like food, clothing, or furniture. Most states also exempt these things from creditors:

In addition, the majority of states let debtors who have defaulted on their loans keep several thousand dollars worth of business equipment exempt from the UCC-1 lien. But UCC filing rules vary from state to state, so business owners should check these rules carefully before taking out any business loan.

How Do UCC Filings Affect Your Credit?

Naturally, UCC-1 filings can significantly affect your credit. But they aren’t necessarily bad.

If a lender decides to file a UCC-1 lien, it just means that they want security for the upcoming loan arrangement.

It’s not harmful to have it… so long as you pay back the loan on time and in full. In many cases, UCC liens can also let you access more funding than you would otherwise.

It’s for the same reason that secured loans are often worth more money than unsecured loans. Lenders feel more comfortable getting out secured loans since they know they will always have something to take back if the debtor defaults.

For example, say that you receive funding from one lender who filed a UCC lien on some of your assets. If you try to get more funding from another lender, they may see that the first lender already has a UCC lien on several of your most valuable assets. This may make the second lender less likely to give you funding since they won’t be able to use your assets as collateral for their own lending arrangement.

Of course, if you default on your loan, a UCC lien (and defaulting on the loan in the first place) could significantly and negatively affect your credit score. This could make it much more difficult to get loans in the future; even UCC filed loans.

Can You Get Rid of a UCC Filing?

Sometimes. UCC filings are usually automatically removed once a debt has been satisfied. But debtors can sometimes get UCC liens released by:

However, both of these methods are contingent on a lender being willing to release the lien.

All in all, UCC financing statement filing is an important concept to understand and is certainly something you should inquire about whenever you take out a small-business loan from a business lending organization. However, UCC filings are nothing to be afraid of if you know you can pay back your loan on time and practice good money management strategies.

Want to know more about where to secure funding for your business, or need to ask financial experts more questions about money management? In either case, Seek Capital is here to help!

What Is a UCC-1 Statement? | Investopedia

PrevPreviousWhat is Defaulting on a Loan and How Does it Work?
NextWhat Size is a Business Card?Next 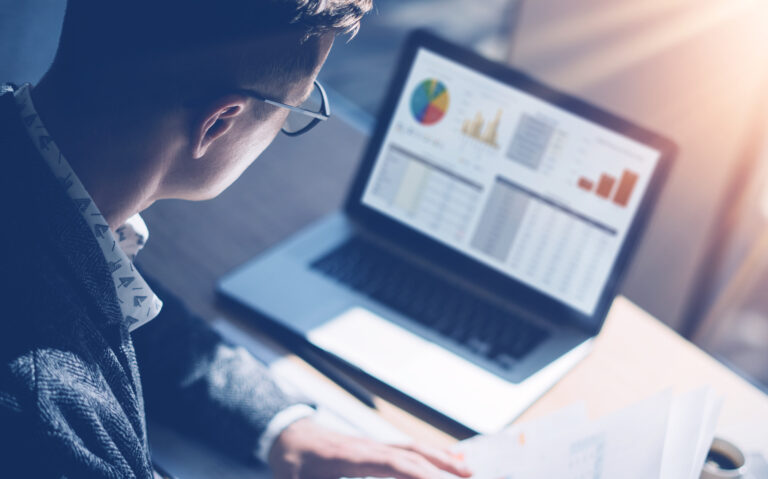