What Is a Fiscal Year?

Some businesses don’t run on a typical calendar year. 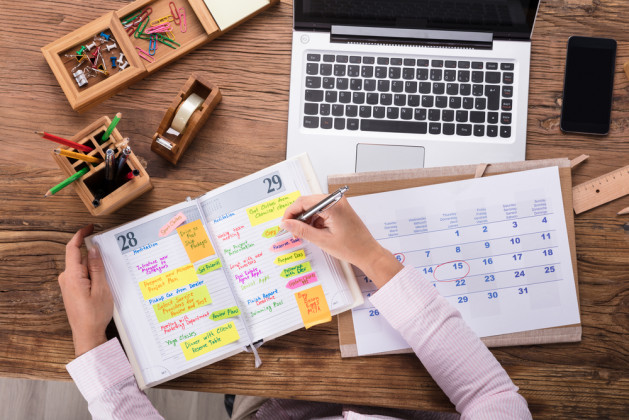 The term fiscal year is one you’ve likely heard but might not know its true meaning. A company’s fiscal year is extremely important because the Internal Revenue Service uses it to determine your business’s tax year and deadlines to submit tax returns. Because it carries tax implications, it is critical that you understand what a fiscal year is and what it means for your company. Read on to find out what a fiscal year is, how it can be used by your business and the IRS, as well as why companies use fiscal years instead of other options such as a calendar year.

What Is a Fiscal Year?

A fiscal year is a business’s financial year, which is a 12-month or 52-week period (and sometimes a 53-week period) that a company uses for accounting purposes. According to the IRS, a fiscal year is one that is 12 consecutive months ending on the last day of any month except December 31. Often, fiscal years are based on the end of quarters and expressed as a year-end date. For example, a company’s fiscal year-end could be September 30, with its fiscal year composed of the 12 months from October 1 to September 30.

In order to better understand what a fiscal year is, it’s good to identify what it is not. In other words, you should know the differences between a fiscal year and other types of “years” such as a calendar year and tax year.

According to the IRS, a tax year is an annual accounting period for keeping records and reporting income and expenses. A tax year can be in the form of a fiscal year or a calendar year. A calendar year is your classic, traditional year, running from January 1 to December 31. This is why the IRS defines a fiscal year as a 12-month period that does not end on December 31.

Parameters for Choosing Your Fiscal Year

Since your business fiscal year is essentially an internal matter, you can have any fiscal year you desire for your business — depending on your company’s business entity type. Thus, the structure of your business is one of the key parameters that can affect whether you can use a calendar year or fiscal year as your tax year.

Pass-through business types — such as LLCs, partnerships and S corporations — file their tax returns based on the owners’ individual tax returns, so these entities tend to have their tax year conform with the calendar year starting on January 1 and ending on December 31. There are some exceptions to this rule if you provide a legitimate reason why your business should be allowed to have a fiscal year that is not the calendar year, but in general, it is C corporations that have the most freedom in this regard.

Also: What Is an LLC?

Adopting and Changing Your Fiscal or Tax Year

Your company adopts a tax year when it files its first income tax return using that tax year. If you want to change your company’s tax year, you can do it, but it requires some paperwork. If you file your first tax return for one type of tax year, whether it’s a calendar year or fiscal year, in order to change it you must submit IRS Form 1128, Application to Adopt, Change, or Retain a Tax Year. Without this application, your company will have to stay on whichever tax year used for your first income tax return.

Why Use a Fiscal Year for Your Business?

The definition of a fiscal year is fairly straightforward. The real question is, why would a business use a fiscal year instead of, say, an ordinary calendar year? Are there any benefits to using a fiscal year?

If you’re a sole proprietor or taxed like one, then you don’t have a say in the matter — you must operate on the calendar year. But if you’re business is not a sole proprietorship, then you could have the option of choosing to use the fiscal year or calendar year. Again, however, if your company is not organized as a C corporation, you’ll likely have to apply to the IRS to be allowed to be taxed not on a calendar year basis.

Here’s a look at some major companies and their respective fiscal years and fiscal year-ends:

The most basic point to take away about fiscal years is that it is a budgeting and accounting system for your business that is not based on the traditional calendar year. Meaning, if you report your financials based on a year that does not end on December 31, then your business is using the fiscal year and not the calendar year for accounting and tax purposes. The two most important considerations for determining your company’s fiscal year is its business structure and its business cycle. Depending on these two fundamental factors, you may be able to or want to set your company up either on the calendar year or fiscal year of your choosing.

If you’re a small business owner, you want to make sure that your employees are always paid right on time and without delay. And if you want to save time and energy, you’re better off investing in payroll software that... Read More


4 Best Alternatives to Kickstarter for Crowdfunding

Kickstarter is considered by many to be the king of crowdfunding. It is currently on its way to funding $6 billion in life goals. And when you consider that Kickstarter is barely 10 years old, that’s a pretty impressive achievement.... Read More

With more than 20 years of experience managing online payments, PayPal is a popular choice for businesses everywhere. It boasts robust features that allow business owners to make the most of processing payments from customers. At present, there are hundreds... Read More

Every successful small business needs to spend lots of time and effort keeping track of expenses, employee hours worked, and more. Most modern businesses utilize payroll software for all of these tasks so that their owners don’t have to spend... Read More