Capital Lease vs. Operating Lease: Which Should You Choose?

Find out what makes these two lease types different. 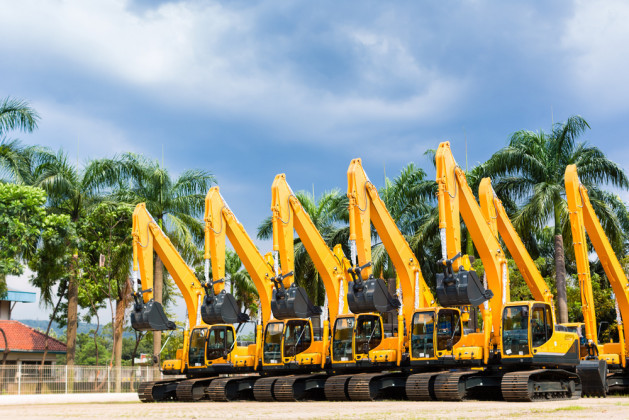 When operating or starting a business, leasing can be an excellent way to get your hands on key assets, like equipment, vehicles or even office technology, without purchasing these items upfront. However, like anything involving finances and your business, you have to carefully weigh your options when it comes to leasing. Although leasing enables you to try out an asset without buying it, it can also inadvertently lead you to spend more money in the long run.

What Is a Capital Lease?

Another capital lease situation is when you’re given the option to purchase the item at a discount at the end of the leasing term. If you have this option, then your lease is a capital lease.

What Is an Operating Lease?

With the fundamentals of a capital lease versus operating lease laid out, you can now figure out which lease arrangement works best for you. In the end, your decision depends largely on the types of assets you need for your business and the role it plays in business operations.

Pros and Cons of a Capital Lease

Perhaps the best feature of a capital lease is the ability to try out the asset before you buy it. This is great if you’re undecided on the practical value of an asset and don’t want to commit to an outright purchase of the item before you know its worth. If the item turns out not to be worth it, then you can decide against purchasing the item at the end of the lease. And if the leased item does prove worth it, with a capital lease you can then take on ownership. What’s more, you can use interest expenses on a capital lease to reduce your taxable income.

The main drawbacks with a capital lease relate to its cost and risks involved with ownership. In terms of cost, with a capital lease, you can often end up paying more in lease payments than in buying the asset right away or in payments for a typical loan agreement. Since capital leases grant aspects of ownership, you take on the associated risks. For example, if you have a capital lease on a major piece of equipment, then you’re responsible for its repair and maintenance costs.

Other minor downsides of a capital lease relate to taxes. Specifically, capital lease payments are not tax-deductible expenses, though the interest on payments is deductible. Although with many leases, the lessee can claim depreciation on the asset to reduce taxable income, some leases are not eligible for depreciation allowances on your taxes.

Pros and Cons of an Operating Lease

The main drawback of an operating lease is due to the lack of ownership at the end of the lease agreement. And as with capital leases, there is the danger that you will end up paying more in lease payments than you would if you purchased the asset, even if it required taking out a loan to do.

When deciding on a capital lease versus an operating lease, the most important factors are the types of equipment or other assets you need to do business. An operating lease, in which the value of lease payments must be less than 90 percent of the item’s market value, might make the most sense for leasing a building to run your business out of. Meanwhile, for this same business, a capital lease could make the most sense for items like cars and trucks if the company depends on vehicles for its operation.

QuickBooks Online vs. Desktop | What Should You Use?

Any business that wants to succeed needs to have some accounting software, regardless of whether or not they have an actual accountant. Accounting software helps you keep track of your expenses, purchases, income, and much more. In the world of... Read More


What is a Convertible Note and How Does It Work? Startup Capital 101

There are lots of ways to attract investors and get the funding you need to secure success as a startup or small business. Most entrepreneurs rely on traditional investment rounds by referencing data on their company’s profit margins or production... Read More


QuickBooks vs. FreshBooks | Which Business Accounting Tool is Better?

QuickBooks is one of the most well-known accounting software platforms available. FreshBooks, however, has recently become much more popular, particularly among freelancers and small business owners. While both software picks can provide some accounting services, they also have slightly different... Read More


How to Cancel Your SBA Loan Application

We are living in unprecedented times. Many small business owners have been forced to close their doors – some for good. Others have been fighting tooth and nail to secure funding so that they can keep their doors open. Many... Read More